January 15, 2016 TheCasinosGuide About The Game of Pachinko, Articles No Comments

There are all sorts of rumours about corruption in the Pachinko industry, and where the vast proceeds of Pachinko gaming end up.

As a quasi-gambling activity, Pachinko is widely held to have links to organized crime (specifically the Yakuza).

There have also been links to the government of North Korea, which has allegedly been able to siphon funds from the sizeable population of Pyongyang-aligned ethnic Korean Pachinko Parlor owners in Japan .

It is also said that the vast funds which are earned by Pachinko has been used towards development of North Korean nuclear weapons.

On a different tack, many believe that police in Japan have capitalised from their control over the pachinko industry.  For instance, some of the most popular machines can only be played with pre-paid cards rather than cash. Police are said to have entered into a cosy relationship with card-producers, and many retired police officers are alleged to have taken highly paid jobs with the companies which profit from selling cards to pachinko parlors. Similarly, a semi-public corporation run by retired police chiefs has cornered most of the market in the balls that pachinko machines use in copious quantities.

Boss Lotto have a Pachinko game which appears to be unique to them. You can win up to $50k!

How to play Boss Lotto Pachinko:

Boss Lotto also publish the odds for their Pachinko game: 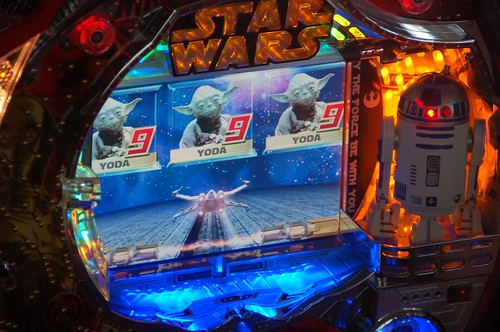 Master Yoda is waiting for you. 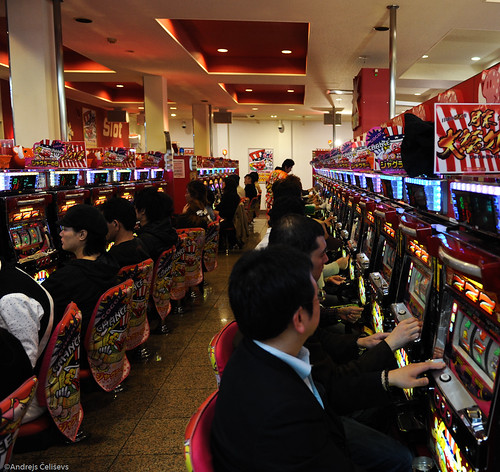 A lot of Japanese play pachinko every day and night.

« previous1234567next »
We use cookies to ensure that we give you the best experience on our website. If you continue to use this site we will assume that you are happy with it.OkPrivacy policy